Note: This page will be updated as information comes in. Please check…

The post In Our Own Words: DeEtta West, actor and author and minister appeared first on ARTS ATL.

A new Starbucks is coming soon to Covington.  While a new Starbucks, especially one so far out of our traditional coverage area might not always be newsworthy, we felt the need to share: this one is special.  You see, this new Starbucks, which measures 3,857 square feet, is opening in place of a former Chick-fil-A. 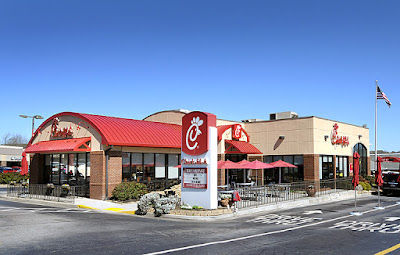 The Atlanta-based chicken chain now sees sales at most restaurants approaching $6 million annually according to sources familiar with the chain’s sales figures, and to keep up with demand, many locations are being replaced with new, larger, more efficient units.  In some cases the company performs “scrape & rebuilds” on the sites of existing restaurants, but in other cases, like in Covington, the company secures nearby land to build entirely new restaurants in a different location.

We at ToNeTo Atlanta are personally unaware of any time in Atlanta or elsewhere that a freestanding Chick-fil-A has closed and not relocated nearby.  That said, the company has been ramping up its relocate/rebuild initiatives with several projects recently completed, underway, or upcoming in metro Atlanta.

Chick-fil-A’s initiative not only helps the chicken chain stay competitive and efficient, but also creates opportunities for other chains like Starbucks to expand and take advantage of existing drive-thru capabilities, an area the coffee chain has indicated it wants to further exploit.  In Gainesville, Georgia, Sonic, typically known for their “Drive-in” restaurants, also made use of a former (relocated) Chick-fil-A when they opened at 400 Pearl Nix Parkway.

The freestanding building in Covington is located in an outparcel of the Kroger-anchored Newton Plaza shopping center at 3106 U.S. 278.  According to a release from center owner Halpern Enterprises, Inc., Starbucks signed a 10 year lease for the building and plans to open later this summer.  Additionally, the new Starbucks will the first in Covington according to Halpern Leasing Director John Brozovic.

Are you excited for the addition of Starbucks to the Covington market? Have you ever seen a freestanding Chick-fil-A close and not relocate?  What is the craziest restaurant conversion you have ever seen?

Welcome to a world of wonder with the work of Kyle Brooks,…